This morning began late. Well actually it began too early. I was up around three AM because Mrs CorC? had episodes of Highway Patrol playing on YouTube. Somehow Broderick Crawford barking “10-4!” and the relentless orchestration had failed to take me to Dreamland.  So I was up for a while, settling my restless spirit, went back to sleep around four, waking up for good around eight AM.  I had a meeting at ten and put off eating until after the meeting.   I was nostalgically pulled to the quirky downtown diner I treat myself to from time to time.  I went down and, perusing the menu through the Weight Watchers filter,  found nothing I really wanted to spend a day’s worth of points to eat. So I had a scrambled egg, sausage and a biscuit and still used 18 Smart Points.  for some reason, the ambiance was off today.   Time to move on.

I’ve been having a delightful interchange with the author at Secret Life Of A Siren.  It started with her referencing Canto XX. I  know about  “Cantos” from Ezra Pound and Siren redirected me to Dante’, as in Dante’ Alighieri, author of a classic of Western Literature, The Divine Comedy.  Much to my embarassment, I admitted that I had not read The Divine Comedy, despite its significance in Western arts and letters.  A quick rummaging around my quarters did not reveal the copy I know I have, sooooo, I went to the public library, (of all places!) and checked out a copy.  Public Libraries are these places where you can borrow a book, read and return it and it’s free. Who Knew?

Next I went to get a haircut. I was past due for a cut. I told Brittany The Barber to use the #1 and show no mercy. She did. I feel normal again and not quite deranged, as I feel when my hair starts to look odd and sticks straight up when I run my fingers through it. 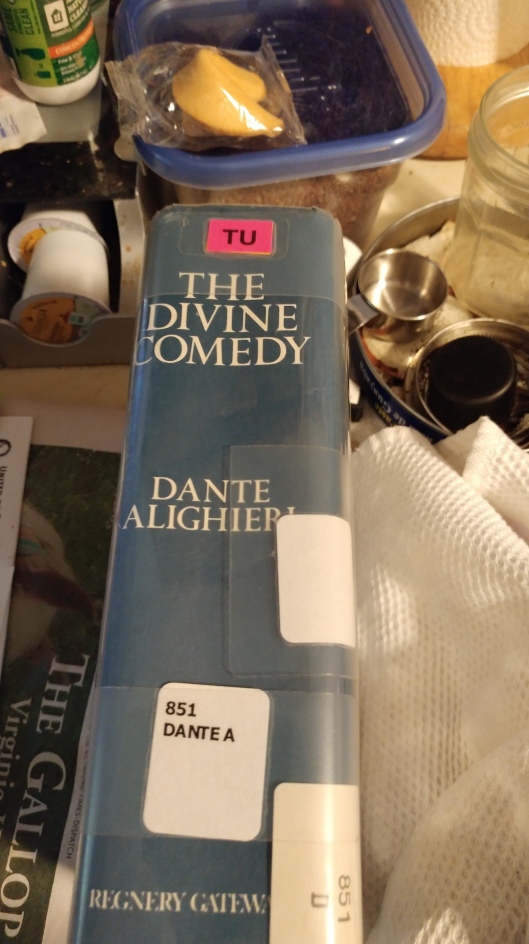 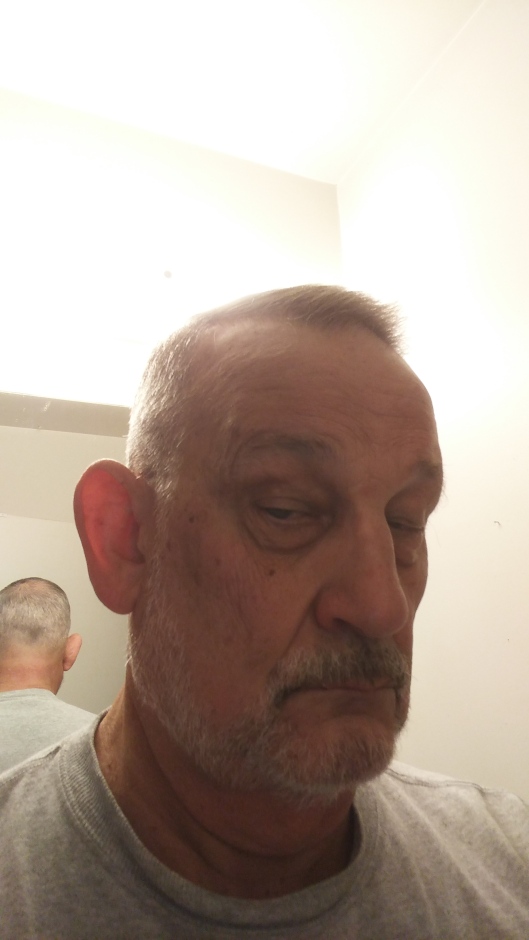