Finally one night, she looked at me, tears in her eyes and declared, “This isn’t me.”

I knew. The power she had, she loved. The service I gave pleased her. It flattered her that a man-slave could lick her cunt with eagerness and consummate skill, with no reciprocity expected in return. But she felt that Mistress was not an expression of who she was deep down, but a job. The cunt-licking was merely the wage earned.

Mistress-slave was nothing more than a mutually boring game. So that night, I unbuckled the dog collar she had once buckled around my neck, put my clothes back on and walked out the door. My service was my gift and it was no longer wanted. Perhaps she never knew what it meant to receive it, nor did she appreciate its value. 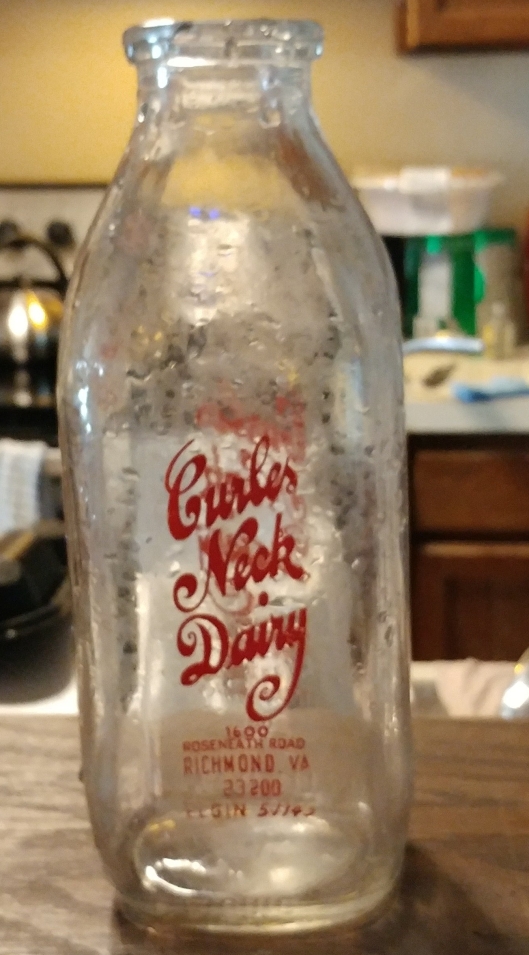 The Bottle In Question

OK, most everybody with any reading experience has at least heard of the start of Marcel Proust’s Remembrance Of Things Past (A La Recherche Du Temps Perdu), wherein the protagonist bites into a madeleine and the taste of the little cake brings back a flood of memories. Well last night I bought a carton of ice cream at Publix and had a similar experience. The flavor was maple walnut. It was full fat ice cream. (These days admitting you like full fat ice cream is like admitting you enjoy unprotected sex with total strangers. You have self- identified as a risk taker.)

I remember from my childhood, where the family, all six of us, would pile into the car on a hot summer night, drive with the windows down, go get ice cream cones, and then cruise around, looking at stuff. One particular night, Daddy took us to the Curles Neck Dairy Bar, a lunch counter/ ice cream shop that sold their own ice cream It was a local dairy, that had their own farm in Eastern Henrico County (Charles City County, maybe?). Curles Neck denotes one of several bends in the James River. Local dairies were in business then. I ordered a maple walnut cone one night. Then we rode in the 1953 Nash Ambassador Super to Byrd Park, where colored lights shone on the fountain in the Fountain Lake. Quite lovely. I remember the orange colored light on the fountain most distinctly.

This was the great era of neon. Cities, like Richmond, were filled with fantastic signs. One Chinese restaurant, Joy Garden, had a neon sign evocative of an oriental lantern. Gorgeous. The sign was more memorable than the food. The cookie maker, FFV, had its letters illuminated on a water tank, on the roof of its now defunct factory, re-purposed to loft apartments. There was a billiard parlor,the Triple Triangle, that had neon billiard balls racked-up in the triangle Every burger joint had neon tubing outlining their roof, or part of it, at least, in red or blue or green. It was an illuminated night, reflective of an optimism and pride in the businesses of the community.

There are vestiges still. The flavorings and spice maker here in Richmond, The C.F. Sauer Company, has an animated sign featuring a mustachioed chef in a chef’s hat sampling something, as a string of bulbs light up. The night was a show. When I think of illumination these days, I think sodium vapor lights, making the community a little safer from thieves and predators lurking in the dark.

Today, I have a milk bottle from Curles Neck Dairy. I use it to fill the reservoir of my coffee maker. It holds a quart of water. and I can use eight tablespoons of ground coffee to make four eight-ounce cups of coffee with the water poured from the milk bottle. Kinda cool, I think. It’s a memory, or a bite of a madeleine, every day.

There are people out there who have fabulous Summers. They go to the beach, A LOT, and they tan perfectly. They do all the cool things, have perfect barbecues, on beautiful decks, with lovely Japanese lanterns, drinks with paper umbrellas in them, and no mosquitoes.

I am NOT one of those people. I can’t stand the heat, nor do I like to sit in grid-lock traffic jams on the Interstate to get to the beach. I now have a healthy fear of skin cancer. My back deck is falling apart. And I own no cute paper lanterns. Or paper umbrellas for sissy drinks. Can mosquitoes count as pets?

Sunday was the 15th, the Ides, as the Romans called it. I thought six weeks til Labour Day. Football season is grinding ever closer. Baseball season is half-way done. Wimbledon just finished.

On the plus side, I am retired. I can reinvent my leisure any time I want. I have strawberries and a pint of heavy cream in the fridge with a copper bowl chilling in the freezer. Plus a watermelon.

I have these lovely roses blooming 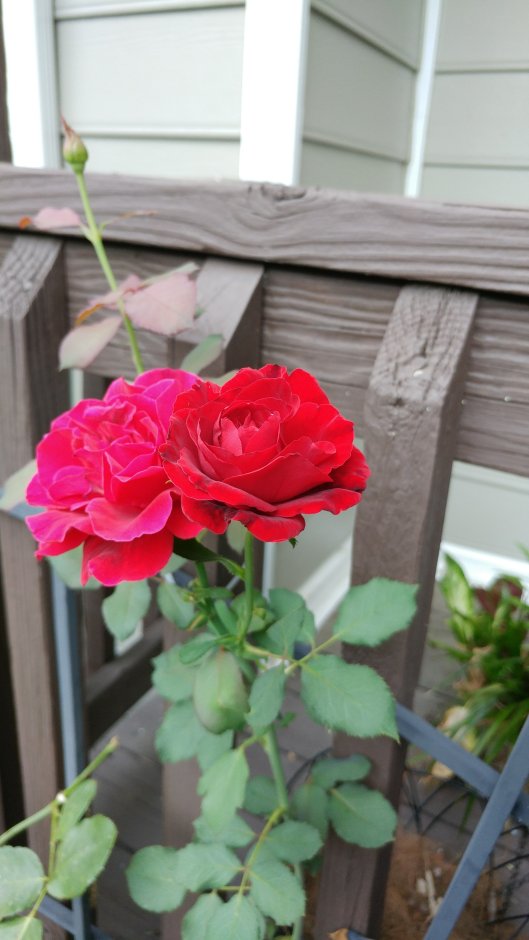 So what if it ain’t perfect? It’s close enough.